Foraging for fruits and herbs or looting the remains of the old world might no be enough to keep the survivor from starving or contracting an illness from eating unprepared food. Learning to cook is one of the basics of survival which the survivor will learn to make the most from the available resources the wasteland can provide.

Preparing the various dishes the game has to offer is a function that serves a higher purpose other than just being a mere luxury in the nuclear wasteland. For example: eating a raw or fried meat can inflict parasitic worms. However, if the survivor uses that meat for making cabbage rolls, for example, he won't only satiate his hunger, but it will heal and energize him a little bit, and if he is lucky, he might get the ability to dodge enemy attacks for a limited time.

Cooking recipes yield more positive effects than just eating single components one at a time and will also remove parasitic worms from food.

In this chapter the survivor will learn how to open the cooking menu, know the right tools for the job and most importantly, learn how to cook a dish.

Cooking recipes is done via the cooking tab in the crafts menu, this is located in the lower right corner of the survivor's HUD.

Select the crafts button to open the crafting menu.

The craft menu will open.

The cooking button can be located in either all crafts button or the health button. 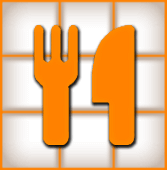 Health button
Add a photo to this gallery

Before starting to cook, the survivor must have the right tools, or else he won´t be able to do anything. Cooking requires:

The cooking menu will tell the player if he is missing any tool.

Inside the cooking menu, the player will be able to mix ingredients to create various dishes, knowing the recipes is essential as mixing random objects will result in a chowder.

Now that the survivor knows how to open the cooking menu and has all the right tools at his disposal, its time to cook something, In this chapter the survivor will learn how to cook a traditional Russian fish soup, the Ukha.

The following ingredients are required to cook an ukha:

Select them all from the inventory in the left side so it appears in the middle section of the cooking menu.

Something went wrong, a hearty chowder is not an ukha soup, when this happens, the recipe must be scanned for missing or wrong ingredients, in this case, the recipe has the correct ingredients but in the wrong quantities, the ukha soup is made from:

A fresh fish was missing in the recipe, adding it will fix the issue.

The finished recipe will appear in the player´s inventory.

Ukha soup is one of the most simple recipes in the game, requires common materials to cook, and it is an easy way to eat fish while avoiding parasitic worms and recovering a small percentage of health and energy. It is up to the survivor to discover the rest of the recipes in-game.

The survivor has learned this chapter:

This concludes the cooking chapter.

Retrieved from "https://dayr.fandom.com/wiki/Wasteland_survivor_guide_%22Cooking%22?oldid=35006"
Community content is available under CC-BY-SA unless otherwise noted.